While emacs comes with spell check features, it won’t work until you have ispell on your OSX machine. ispell comes with most linux distributions, but not on OSX, so it was necessary to install it with brew.

When it works it will display a red squigggly line. 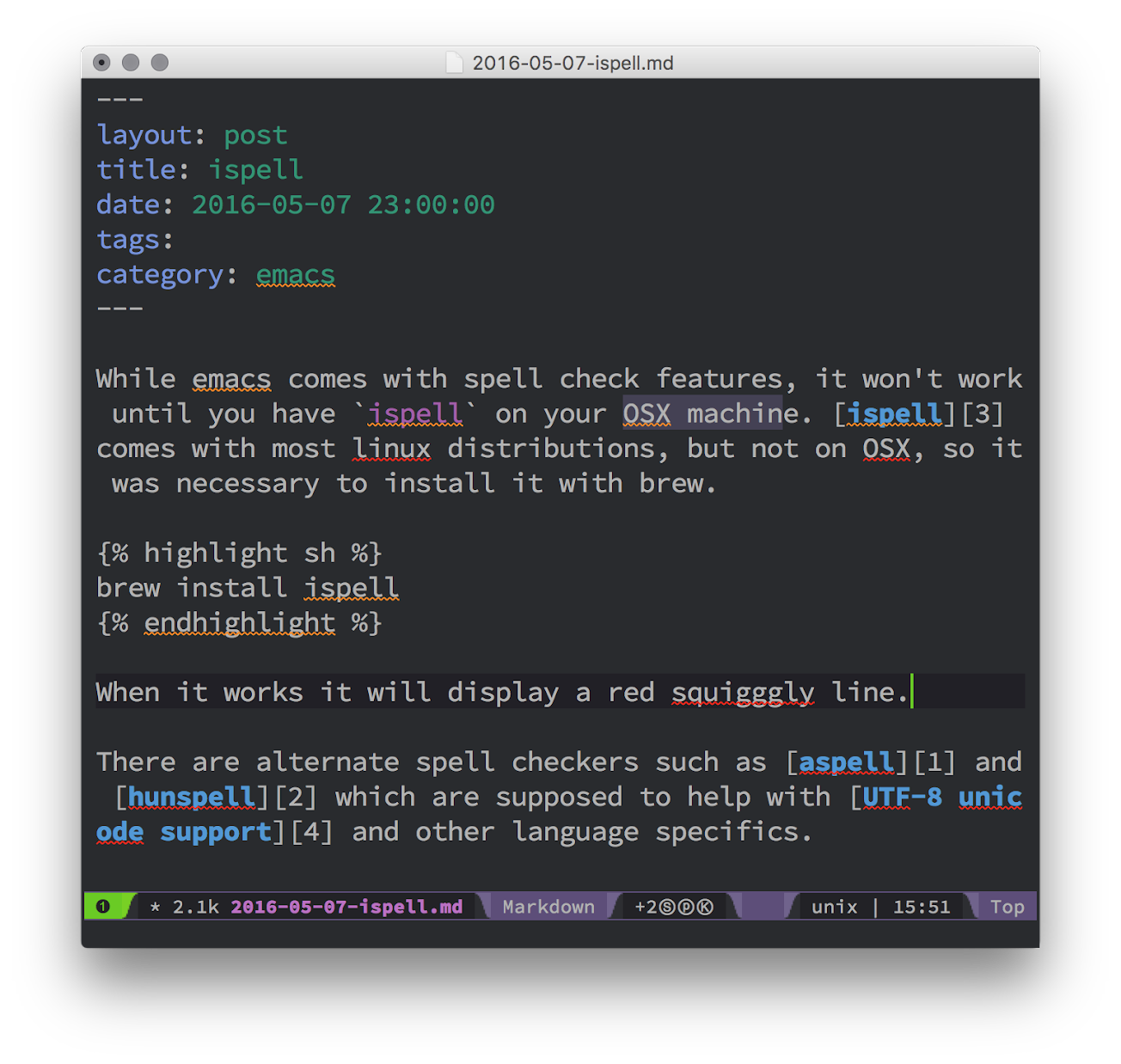 There are alternate spell checkers such as aspell and hunspell which are supposed to help with UTF-8 unicode support and other language specifics.

I’m using the brew info command to find out where the docs might be for each of these packages.

When deciding between ispell and aspell, the ispell docs suggest:

Aspell is a spelling checker written by Kevin Atkinson. Its primary advantage is that it is better at making suggestions when a word is seriously misspelled. For example, when given “trubble”, ispell will suggest only “rubble”, where aspell suggests “trouble” (as its first choice” as well as “dribble”, “rubble”, and a lot of other words. Its disadvantage is that the approximate-matching algorithm is specific to English.

I haven’t figured out how to switch from ispell to aspell yet, but it looks like spacemacs prioritizes aspell by default? I’m also looking into this auto-completion menu as well (emacs-ac-ispell) 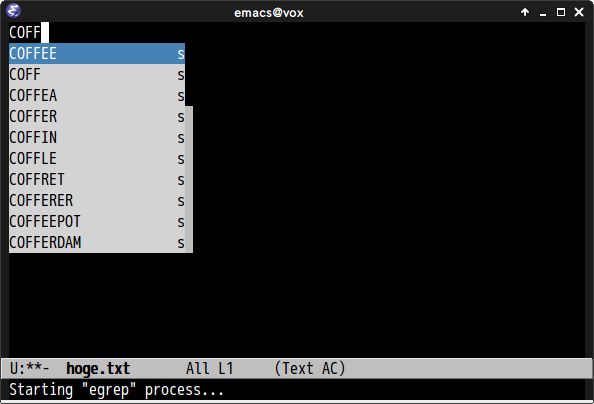